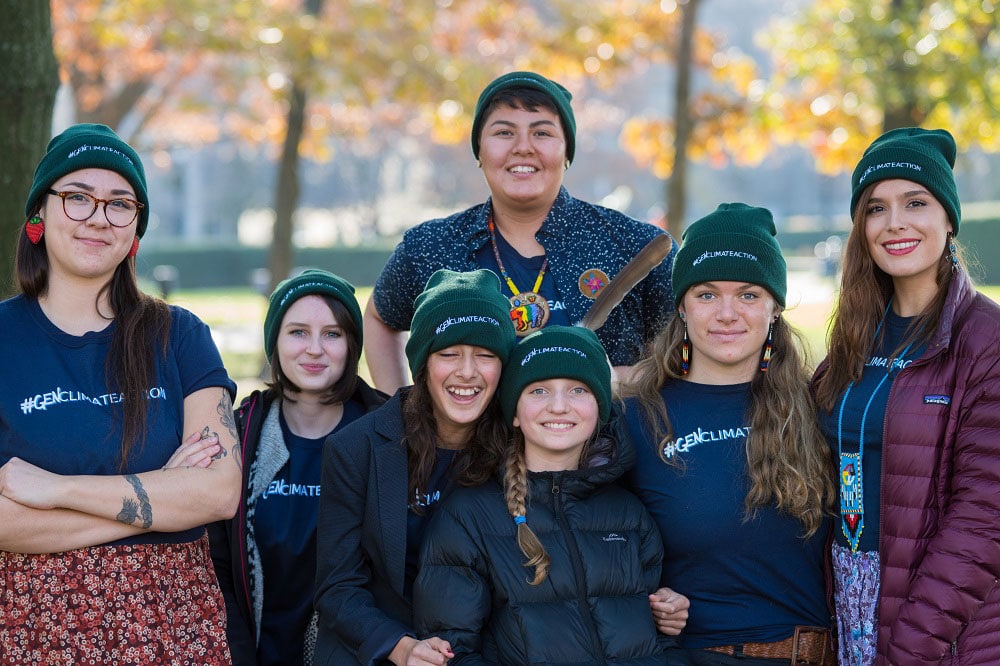 The COVID-19 pandemic has left its mark on almost every Canadian. Whether you’ve been dealing with school and business closures or adhering to social distancing recommendations, we’ve all had to make major adjustments to our day-to-day lives to protect our families, our friends and those most vulnerable in our communities.

During these uncertain times, I’ve felt, like many other Canadians, reassured by the swift response from governments.

We’ve seen governments at every level and of all political stripes demonstrate that they are capable of coming together to heed scientific recommendations and take urgent, sweeping action to tackle COVID-19 head-on. They’ve made sure that Canadians feel protected and supported at a time when uncertainty about the future is top of mind for many.

While it is imperative we continue to do everything we can to stop the spread of COVID-19 right now, we also need to be looking forward to when we’ve weathered the storm and are on the other side of this pandemic. This will ensure we are prepared to tackle other public health threats, like the climate emergency, that put our futures on the line.

That’s why we’ve continued to back our remarkable group of youth clients in their case to hold Premier Ford and his government to account for weakening Ontario’s climate targets — something they say will lead to widespread illness and death and violates Canadians’ Charter-protected rights to life, liberty and security of the person.

But we’ve hit an unexpected bump in the road.

On April 15 the Government of Ontario served us with a motion to strike our case. Motions to strike aim to get a case dismissed before the court hears the case on its merits (i.e. the issue that prompted the lawsuit in the first place).

Our clients — the remarkable Sophia, Zoe, Shaelyn, Alex, Shelby, Madi, and Beze — refuse to let their case be shut down. They say that addressing the climate emergency requires the same science-based approach that Ford and his government have taken to manage the COVID-19 crisis.

As my colleagues and I prepare to defend our clients’ right to a hearing on the substance of the case, we encourage you to take some time to read up on our case, what this motion means and why it’s vital their case go ahead.

What’s this case about?

When the Ford government passed the Cap and Trade Cancellation Act in 2018, it repealed what were considered to be relatively strong science-based greenhouse gas reduction targets for 2020, 2030, and 2050. The government then replaced these targets with a single, significantly weaker 2030 target consistent with dangerous levels of global warming.

By weakening the province’s targets, the Government of Ontario will allow significantly more greenhouse gas emissions to be emitted, further fueling the climate emergency and contributing to dangerous climate change-related impacts such as heatwaves, floods, fires, and poor air quality that will harm the health of people throughout Ontario.

Our clients say this increased risk violates their Charter-protected right to life, liberty, and security of the person and must be struck down

The international scientific consensus states that global emissions must reduce by 45 per cent of 2010 levels by 2030 to have a 50 per cent chance of limiting warming to 1.5 degrees. Ontario must aim to do no less than this global average.

Our clients are taking the Ford government to court to defend Ontarians’ rights and win a precedent that will compel the province to set a stronger target that aligns with what the science tells us is necessary to limit warming to 1.5 degrees Celsius.

These remarkable young people have left their classrooms and put their plans on hold to go to court and speak truth to power about how the climate crisis impacts their future. Meet #GenClimateAction. https://t.co/yVX1gxhILs pic.twitter.com/NtEJta9TIk

What is a motion to strike?

A motion to strike is an attempt to stop a case from going forward — this can be for a bunch of different reasons.

In our clients’ case, the government claims that the case is not a matter for adjudication in the Courts and that it can’t be proven that Ontario’s contributions to climate change under its 2030 Target will increase the likelihood of Charter violations in the province.

To counter the government’s motion, we’ll be heading to court this summer for a hearing to argue that our clients deserve their day in Court and that a case as important as this one cannot be dismissed at a preliminary stage without a full hearing.

Ecojustice has no shortage of experience fending off this type of motion.

Shortly after we launched the case against the Ford government for failing to consult the public when it ended Ontario’s cap and trade program, the government brought a motion to strike. They argued that there was no point in proceeding because the regulation to revoke cap and trade was no longer in force.

The court sided with us, rejected the government’s argument, and ordered the case to proceed.

Now, the Ford government is again resorting to procedural motions and technicalities to stop this case because it knows it can’t argue against the facts — namely that the Ford government’s climate rollbacks defy the scientific consensus calling for urgent, increased action to combat the climate emergency.

We vowed to back our clients all the way, and will not let these tactics silence them.

We are confident we’ll prevail over the Ford government’s latest attempt to stall efforts to hold it accountable for ignoring scientific consensus and failing to act on the climate emergency.

We all wish we could wind the clocks back and ensure more was done sooner to stop the spread of COVID-19 and avoid the worst of this pandemic. We still have that opportunity with the climate emergency, but the world’s top scientists are telling us we only have 10 more years so we have to act now. This means we need governments to start listening to the science and taking more effective measures before it’s too late.

Why is it important this case go ahead?

During periods of crisis, governments must be able to work cooperatively and step up to protect the health and safety of Canadians. The climate emergency is no different.

Last summer, the Canadian government released its Changing Climate Report which found that Canada warmed 1.7 C, double the global rate. In the North, the temperature is changing even faster — three times the global average.

We need active participation from every government in Canada to respond to the climate emergency. This includes setting and legislating targets to limit global warming to 1.5 degrees, and holding politicians to account for meeting those targets.

When a province, like Ontario, goes backward on climate action, they throw a wrench in the wheels of progress being made elsewhere in the country.

Our clients are turning to the courts to defend their futures and to get Ontario back on track in the fight against the climate emergency. In doing so, they are taking a bold stand for all Canadians.

What can I do to help?

A case like this was never going to be easy, but with Ford doing less on the climate at precisely the time he needs to be doing more, this case needs to keep moving forward.

You can help make sure that happens by sharing news about this update with your friends and family and encouraging them to sign-up to get breaking news about this case straight to their inbox. This is our biggest climate lawsuit yet — they’re not going to want to miss a beat.

Litigation of this nature is expensive. Please consider making a gift to Ecojustice today in support of this case. Every dollar you invest in this fight will ensure our lawyers can keep going to bat for our remarkable youth clients.
Donate Now!

#GenClimateAction: Our biggest climate lawsuit yet