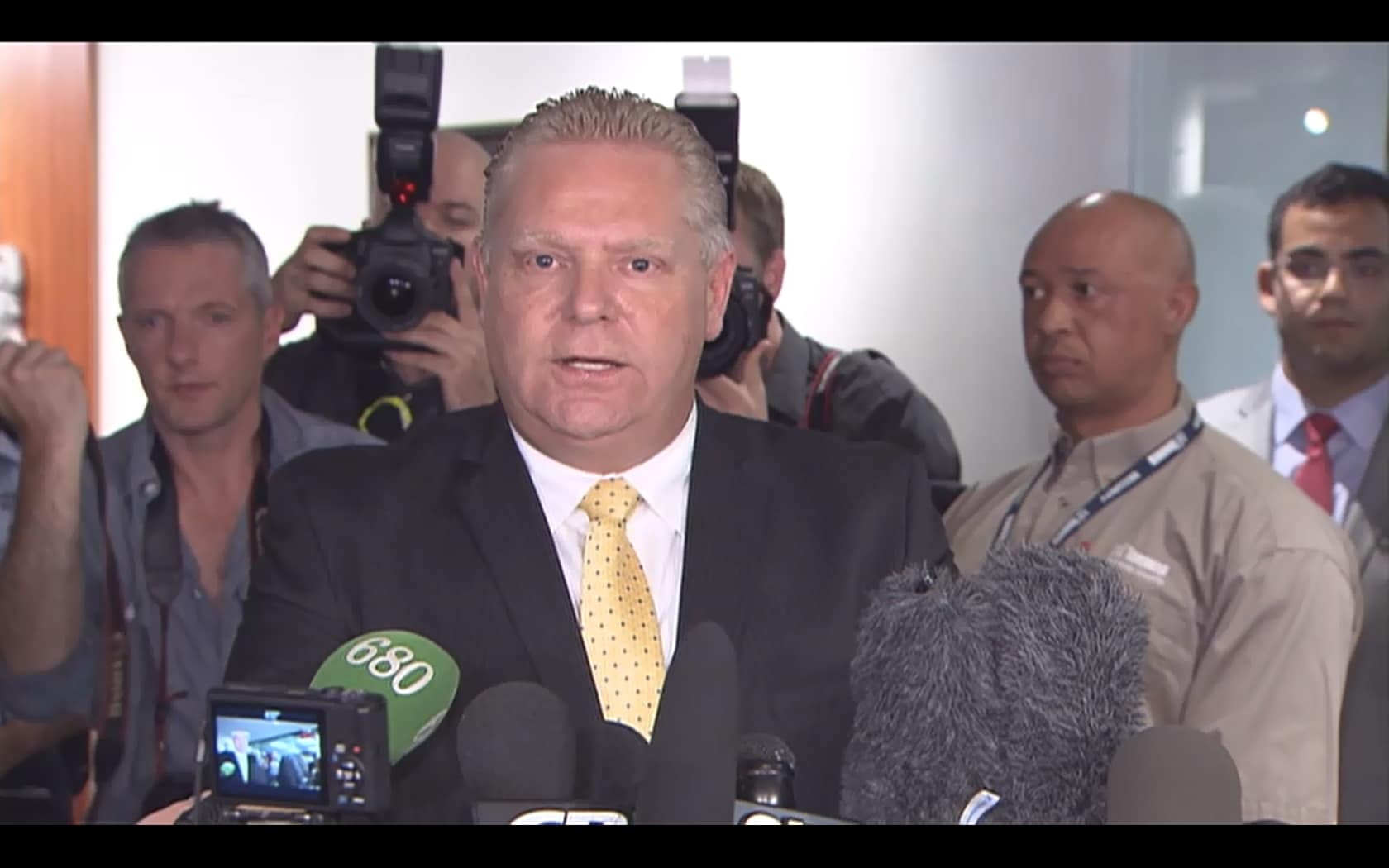 Photo of Premier Doug Ford by Himy Syed via Flickr (CC BY 2.0)

TORONTO, October 11, 2019 – A suit brought by Greenpeace Canada, represented by Ecojustice, was dismissed by Ontario’s divisional court today. However, the majority of the court agreed that Premier Doug Ford’s decision to scrap the province’s cap-and-trade program in 2018 without public consultation was unlawful.

“We launched this case to uphold Ontarians’ legal right to be consulted on major changes to regulations that affect the environment, and although we did not receive the precise outcome we were hoping for, the majority of the court agreed that what Premier Ford’s government did was illegal.

“The court majority agreed that Ontario’s Environmental Bill of Rights requires the government to enter into a period of consultation prior to making changes that affect the environment – and these obligations were not complied with.

“A majority of judges also rejected the government’s arguments that an election is a substitute for the legal obligations under the Environmental Bill of Rights.

“The decision today does not alter the fact Ontarians want to see action to combat climate change, and Premier Ford is dragging the province in the opposite direction. Scrapping cap-and-trade not only undercut a successful program that was helping Ontario reduce climate change-causing greenhouse gas emissions, it also cancelled 227 clean energy programs that would have benefit schools, hospitals, small businesses and public housing projects. It’s especially concerning that the Ford government did this in a way that silenced groups like Greenpeace and Ontario’s youth – who do not have a voice to vote, but stand to lose the most from climate inaction.

“Premier Doug Ford did not receive carte blanche to ignore the legal rights of Ontarians just because he won an election – and on this issue, the court agreed with us today.”

“We are pleased that the majority of the court found that the Ford government act illegally in its haste to cancel carbon pricing in this province, even if it declined to make a formal declaration. Ontarians are marching in the streets demanding real action in response to the climate emergency and we call on the Ford government to listen to the people this time, starting with an abandonment of its challenge of the federal carbon tax.”